Paperboy by Atari first appeared in the arcades back in 1985. The home computer ports were really decent, and released starting in 1986, and the version I remember playing was on my Atari ST. However, you may remember playing the game on your C64, Amiga, TRS-80 or NES!

Whichever version you played, you can pay homage to the game with these two awesome Paperboy T-shirts I found, which feature the artwork from the original game. 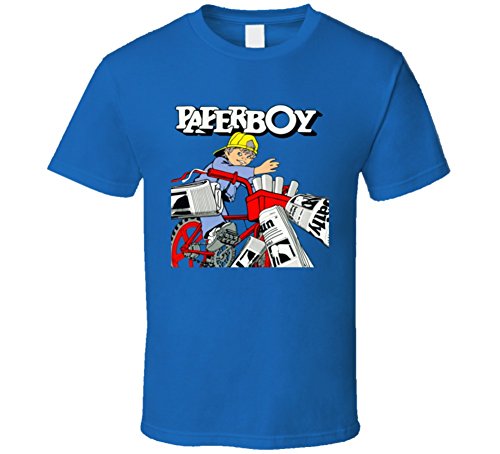 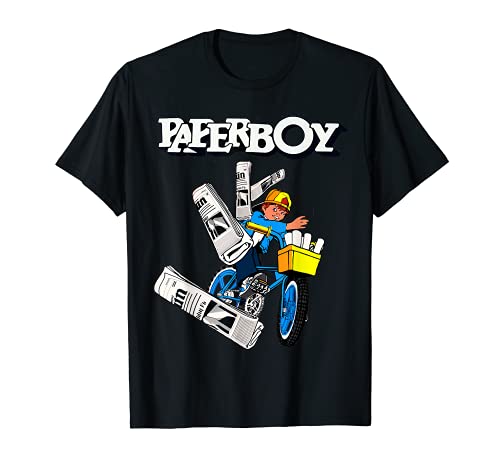 It's being sold by The Village T-shirt Shop on Amazon, and comes in sizes small to XX-large. It only comes in blue, but this is based on the colour used on the original box art for some releases, although some featured a red background .

There is also a very nice Paperboy Tee with a similar design being sold on Teepublic, and this comes in a huge range of colours choices, including red. This is also available as a tank top, sticker and mug.